The Computer Gnome Windows 10 Review, Pt. 2: The Start Menu’s Back, And It Brought Friends

In the first part of our Windows 10 review earlier this week, we talked a little bit about why Windows 8 failed in the eyes of many users, and said that Windows 10 is a huge improvement because it manages to combine the high level of refinement for normal PC use of Windows 7 with the forward-looking, mobile device-inspired features of Windows 8. In today’s post we’ll be taking a look at some of the most important ways Windows 10 improves on its predecessor by better incorporating some of the concepts and features of Windows 8 into a more traditional Windows user experience.

The Triumphant Return of the Start Menu 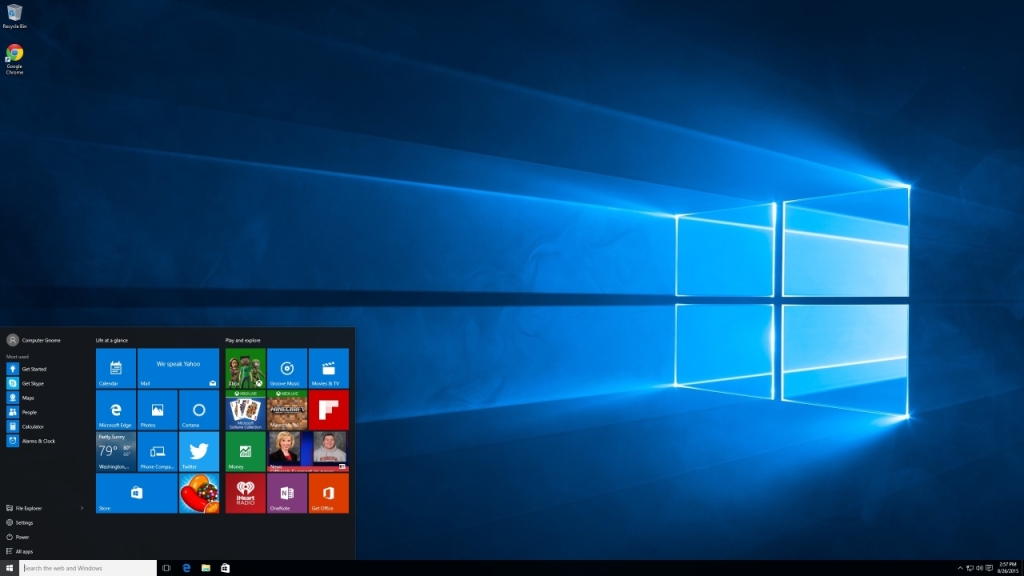 The disappearance of anything like the traditional Windows “Start” Menu was one of the biggest and most obvious changes Microsoft made in Windows 8, and one of the ones which drew the most criticism. Windows 8.1 brought back something that looked like the Start button, but all it did was switch from the desktop to the reviled “Modern” or “Metro” interface with its touch-centric tiles, which to a many people felt almost like Microsoft was just intentionally toying with our emotions. Well, the good news is that Microsoft has now bowed to the user outcry and Windows 10 has brought back the Start menu – a real Start Menu with the same functionality as what we got used to in previous versions, some tidying up and efficiency improvements, and the option of incorporating some of the Windows 8 live tile functionality as well.

Clicking the Start button in Windows 10 brings up a list of all of your recently used programs, as before. It also allows quick access to things like your documents and downloaded files, in addition to the Windows Settings menu, File Explorer, and the Power button which is used to make your machine shut down, restart, or sleep. At the bottom of this column is “All Apps,” which does exactly what it sounds like – it shows you an alphabetically sorted list of all of the programs installed on your computer.

To the right of all of this more traditional Start menu goodness is an area composed of “Modern”-style live tiles. You can put your most-used programs and widgets to quickly show you information like the current weather conditions here. This area of the Start menu is highly customizable; you have complete control over what items get their own tiles here, and all of the tiles can be rearranged and resized. If you don’t like or don’t have any use for the tiled section, you can even get rid of it altogether and leave a more minimal Start menu retaining only the more traditional functionality described above.

A Much More Mild “Modern” Interface

Aside from the Start menu tiles, there’s still quite a bit of the “Modern”-style interface in Windows 10, but compared to Windows 8 it’s integrated into the overall experience in a much more seamless and user-friendly way. The full-screen tiled interface that Windows 8 sometimes seemed determined to make you use is still there if you want it – which is a good thing, as it’s actually a pretty nice design for devices with smaller screens like tablets. But when you boot up your computer, the traditional Windows desktop environment is now the default.

Windows 10 also still comes with a range of “Modern” apps built-in, and you can install more from the Microsoft store. Using these apps is a much more pleasant experience than it was before, though. In Windows 8, opening one of these apps would cause it to immediately take over the entire screen in a way that made multi-tasking very difficult – a problem that was exacerbated by the fact many of the Modern apps seemed designed for tablets or other small-screen devices and were designed in an inefficient way for use on larger screens, with oversized design elements and lots of wasted space. It was almost as if Microsoft had forgotten the name of their operating system was “Windows,” because the Modern apps didn’t operate in windows at all. Happily, in Windows 10 Modern apps politely open in a window like any other program and generally behave more like any other program you’ve gotten accustomed to using in Windows over the years. There’s no longer the feeling of a weird, arbitrary distinction between Modern “apps” and traditional programs that plagued Windows 8. This allows you to incorporate Modern apps (if you choose to use them) into your multi-tasking more easily.

As you can probably tell, we like the overall feel of using Windows 10 a lot. It’s easy for people used to Windows 7 and earlier versions to pick up, while refining the rough implementation of some of Windows 8’s big ideas into something much more user-friendly. In Part 3 of our review, we’ll be digging into some of the brand new features Windows 10 has to offer. Check back next week!

It’s been about a month now since Microsoft released Windows 10 as a free upgrade for existing users of Windows, and it looks like the new operating system is off to a strong start. It’s hard to say exactly how many people have taken advantage of the free upgrade offer, but in mid-August sources at Microsoft told tech news site NeoWin had surpassed 53 million installs.

Maybe you’re still not sure if you want to get on board and upgrade to Windows 10 on your system, however. It’s natural to be a little leery; early adopters of new tech products often have to put up with some bugs. Or maybe you still feel burned by Windows 8. If that’s the case, maybe we can help you make an informed decision on whether to upgrade.

This won’t be a comprehensive review of Windows 10. If you’re looking for a more in-depth take, we recommend the reviews at CNET or PC Magazine. In this series, our goal is just to attempt to give an overall impression of what using Windows 10 is like and discuss some of the major new features to take the uncertainty out of the equation for those still unsure whether to upgrade. 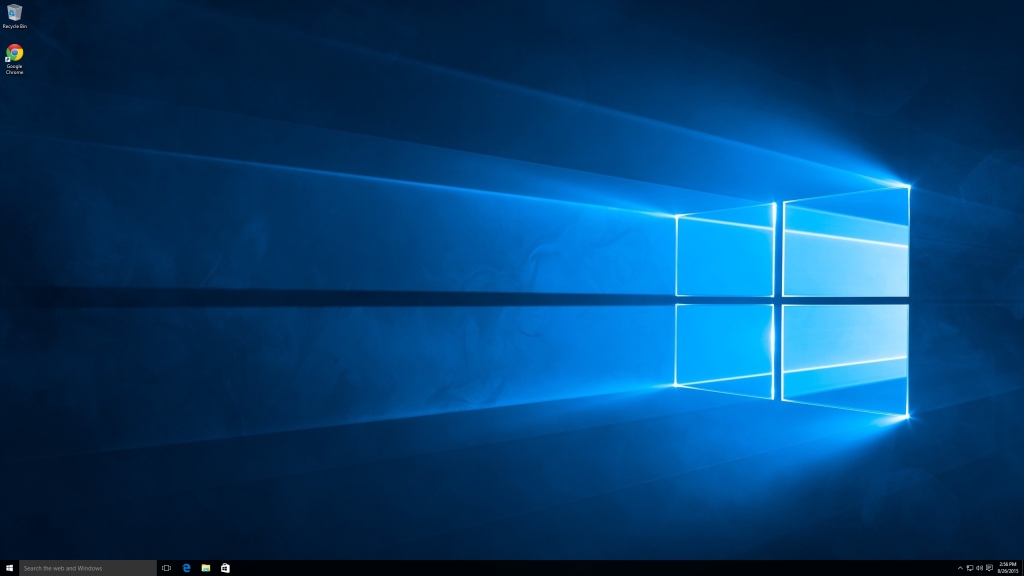 One of the biggest problems with Windows 8 was that at times it seemed like it simply wasn’t designed for use on a regular desktop or laptop computer. Microsoft tried to design an operating system interface that would give users the same experience whether they were using their computer, their tablet, or a phone. However, many people felt that objective was fundamentally flawed. You don’t use your desktop computer in the same way you use a tablet; a computer with a 24” screen that you use with a keyboard and mouse needs a different interface from a tablet with a 10” screen that you operate by touch. With Windows 8, it sometimes seemed as if Microsoft had focused too much on the tablet side, resulting in an experience on desktops and laptops that was frustrating, less functional, and less intuitive compared to previous versions of Windows.

Happily, Windows 10 makes it obvious that Microsoft learned from the mistakes they made in this area. Overall, the user interface of Windows 10 feels much more like it was designed for use on computers first and foremost, or at least that the computer experience was put on an equal footing with the needs of tablet operation. Using Windows 10 on a desktop or laptop computer feels a lot like using Windows 7 with a slight visual facelift and some of the best features of Windows 8 and features inspired by mobile devices incorporated. Windows 10 feels like a “happy medium.” If Windows 7 represented the pinnacle of the Windows design evolution that began way back when Windows 95 began the “modern” era of Windows by introducing features like the Start menu, and Windows 8 was an aggressive (perhaps too aggressive) look to a future of computing heavily dominated by mobile devices, Windows 10 is the “sweet spot” that largely incorporates the best features of each.

Check out Part 2 of our review for a more in-depth discussion of the look and feel of Windows 10!